UKRAINE: TOWARDS [DE]CENTRALIZATION?
FONDATION HIRONDELLE
Since 2015, Ukraine has begun giving real powers to local authorities. But the road is long and the challenges
remain numerous. The view from Ukraine's regions.

Tweet
Editorial
What will be the future model of state and society building in a country, an ancient nation, with a relatively short period of 25 years of independence?
This is one of the major issues that underlay the Maidan Revolution when in winter 2014, perhaps for the first time, Ukrainians tried to create connections between the previously compartmentalized concepts of state, nation, identity and citizenship.

The advent of rule of law and the radical reform of a corrupt bureaucracy were the fundamental demands of society, priorities that have been put on hold – until when? – due to the deadly conflict that erupted in the Donbass in the spring of 2014.

Ukraine in 2016 is experiencing the hardship of war and has seen its sovereignty challenged, but a very active civil society is continuing to push the political class, still stuck in archaic patterns, to profoundly change the country's path.

At the heart of this movement is a fundamental state reform that is promising yet presents concrete challenges: decentralization, and the relationship between a weakened center, Kiev, and the periphery, where populations with sometimes disparate objectives reside.

In Kiev, Lviv and in the Donbass, decentralization is viewed in very different ways. Is it devolution of administrative power? Giving real power to the regions? Federalization? Should laws be applied equally throughout the country?

And the issue is explosive. On 31 August 2015, while the parliament was considering a decentralization law granting more autonomy to the regions of Donetsk and Luhansk, controlled by the separatists, violence broke out with radical protesters, leaving four dead.

Because more and more, faced with the challenges posed by the loss of the Crimea and the war in the Donbass, Ukrainians are pursing "Edina Krajina", a united homeland, a principle on which no compromise is possible. 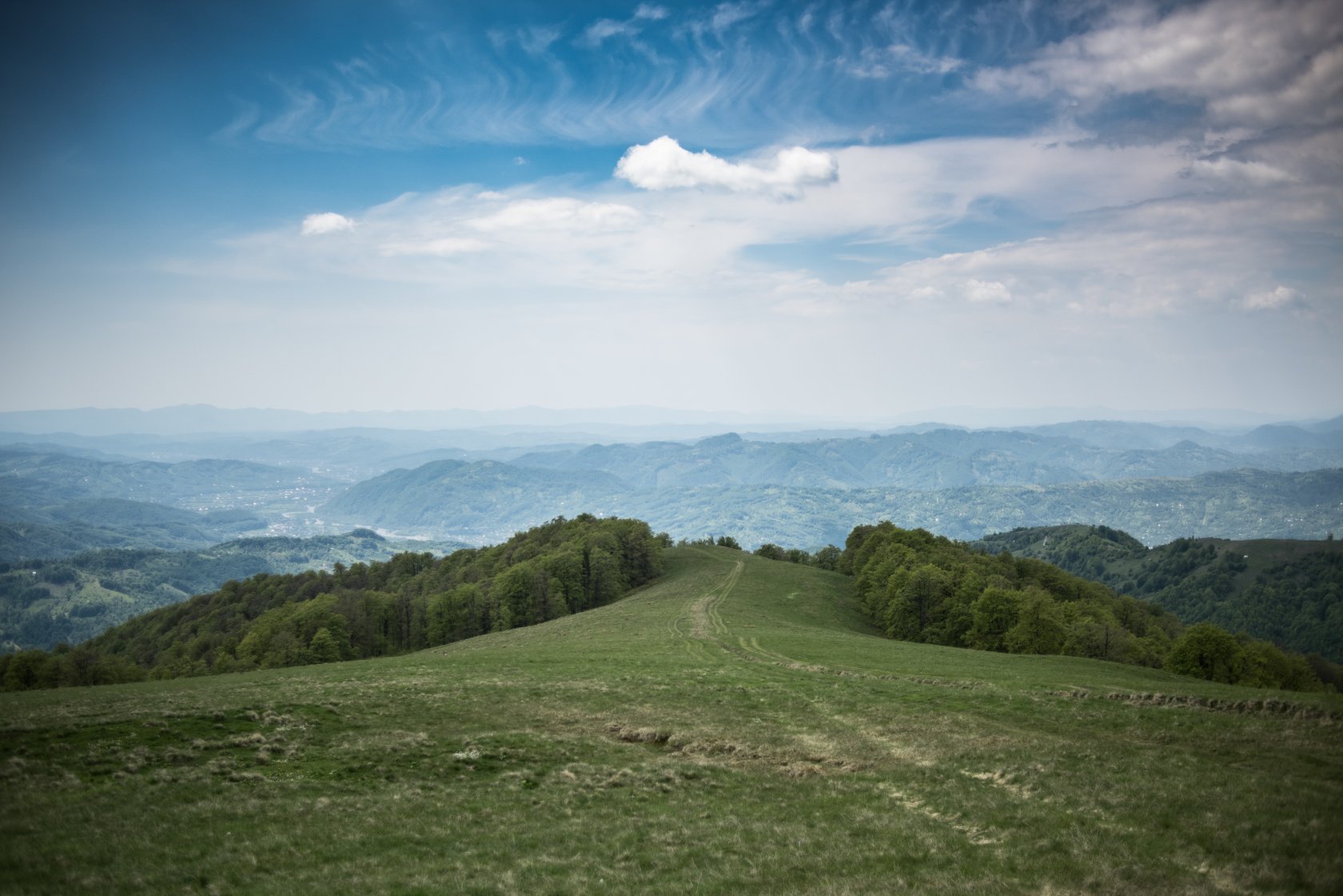 At the edge of Transcarpathia, the Romanian mountains. The region of Uzhhorod was designated as a laboratory for the reform of the police and decentralization.
On 3 March 2015, President Petro Poroshenko created a Constitutional Commission which aims to profoundly overhaul the state on issues related to justice and the distribution of powers. A first decentralization law was eventually passed in October 2015 (see box).

The authorities' stated aim is to completely rebuild the system of local governance by introducing, for the first time in the history of independent Ukraine, a real devolution of power to local authorities.

The will is there, but many obstacles remain: the coffers of this country plagued by war remain empty when international partners do not come to the rescue, and after 70 years of a centralized communist bureaucracy, mentalities are hard to change.

Still, it's now or never, and society is often more daring than its elites: in June 2016, a survey found that 70% of Ukrainians believe that more powers should be transferred from the central government to local authorities.

As part of a collaborative project between Ukrainian and international journalists, initiated and supported by Fondation Hirondelle, we visited four regions of the country to analyze and capture the issues, realities, challenges and progress of this decentralization process.

On this website we invite you to explore these different viewpoints on decentralization in Ukraine from around the country.
On the roads
of Lviv
When decentralization improves the state of the roads,
even in remote provinces.
Story
In the schools
of Zhytomyr
In villages, funds are released for school, investment start,
but old habits persist
Story
More security
in Uzhgorod
In multiethnic western Transcarpathia, money on decentralization is still missing,
but police reform changed a lot in the region.
Story
Bessarabia, the forgotten region
In the West of Odessa, on the road to Romania, reforms are failing, while entire cities and villages are struggling to survive
Story
How does decentralization work in Ukraine?
On October 1st 2015, the Verkhovna Rada (Ukrainian parliament) passed the law on decentralization.

In the Ukrainian context, decentralization means the transfer of considerable amounts of authority and funding from central state bodies to the autonomous local governments, so that as much responsibility as possible is given to these local bodies, where they can have the greatest impact.

The levels of local government are: regions (oblast'), districts (raion) and communities (hramada).

The decentralization process will work as follows: local government officials will finally be effective in carrying out their work, while populations will create local governing bodies at the community and regional levels, through elections.

A key aspect of the reform is the grouping of municipalities (villages or cities) within communities (hramada) to increase budgets and local resources, and therefore improve public infrastructure in the regions.

In some cases, the central government will allow communities to generate their own revenue, for example through the regulation of municipal leasing prices, and 60% of these taxes will go to the local budget.

Communities are also looking for new sources for funding, using local resources and attracting investors. This money will go to the community's budget instead of the national budget.

But the road is long. The central government's support to regions was simplified but has not fundamentally changed. To obtain the expected amount of budget, a community must still go through a long administrative process, with both the regional and national governments.

Therefore, in several areas of Ukraine, decentralization still has not yet begun.

To learn more about decentralization visit the website of the Swiss-Ukrainian decentralization support project DESPRO, which supports local self-goverment officials in preparing for reforms.

This project is made possible by the Vidrodgenia Foundation.
www.vidrodgenia.ch
© 2016 Fondation Hirondelle
Languages
About
Social media
Made on